Your guide to sous-vide, the cooking method so easy, it feels like cheating

Basically every method of cooking shares the same fundamental flaw.

When you strip away all the artifice, the purpose of cooking something is to raise its temperature to a desirable level. Not too cold and raw, but not too hot and dried out. For example, a perfect, medium-rare steak should be cooked to 130 degrees. To achieve that temperature, you'd probably subject the beef to a much higher temperature, like a 400 degree oven, or a 350 degree pan, or a 500 degree grill. And if your timing is perfect and your cooking instincts are superhuman, you may just pull that steak out right as its center comes to measure 130 degrees.

But the problem is that with all of those methods, you were heating the steak from the outside in, so the outer edges of the meat will be overcooked and dried out relative to the perfectly cooked center.

But sous-vide, by its very definition, can't overcook any part of your food. And if you have the patience, it can heat every bite of your steak (or chicken, fish, eggs, vegetables, or pretty much anything else), to the same, precise temperature throughout.

What Is Sous Vide?

Sous-vide cooking was developed independently by two chefs in Roanne, France and Sterling, Virginia in the 1970s who would later become collaborators. They came to realize that the combination of vacuum sealing foods to keep juices inside and cooking them in a precisely maintained water bath ultimately resulted in tastier, juicier, and more consistent results than any traditional cooking method.

To go back to that medium rare steak example, you would place your steak inside a vacuum-sealed bag (usually with some salt, pepper, and possibly some herbs for flavor), and then submerge it for at least an hour in a 130 degree sous-vide water bath. The steak will never overcook since it can't physically be heated over 130 degrees in a 130 degree bath; it's just a matter of waiting until it's been  cooked to the correct temperature all the way through. Once you remove it from the bath, you can sear it for a minute or so on both sides to achieve a darkened crust without meaningfully raising the temperature inside the steak.

The technique has been widely adopted by restaurants worldwide since its creation, but remained largely out of public consciousness until a company called Anova released its first at-home sous-vide circulator in 2013. Ever since, a veritable cottage industry of easy-to-use sous-vide accessories has popped up to make the process ever more accessible to the average home cook.

The purpose of a sous-vide circulator is two-fold: to heat water to a precise  temperature, and to circulate that water to maintain a consistent temperature throughout the water bath.

While some companies sell complete sous-vide systems that incorporate the circulator into the bath vessel, most home cooks will want to opt for a space-saving clip-on circulator, which can turn any stock pot, plastic container, or cooler you already own into a sous-vide machine.

The space has been dominated in recent years by two brands: Anova and Joule, the latter of which was recently purchased by Breville. Anova's latest circulator, the Precision Cooker Nano, only costs $79 (as of the time of this writing), is small enough to fit in a utensil drawer, and even features Bluetooth to monitor and control your bath's temperature from across the room.

Or, for $160, you can opt for the Breville Joule Sous-Vide circulator, which looks like something Apple might have designed. It features an 1100W heating element (compared to the Anova's 750W) to heat up your bath more quickly, a magnetic base that will stick to the bottom of your pot rather than a bulkier clamping mechanism, and even Wi-Fi so you can start heating up your bath before you leave the office at night.

You can sous-vide without a lid, but the added insulation at the top of your pot will let your circulator heat up your bath more quickly, and help it maintain the proper temperature throughout the cooking process.

Joule owners should just grab this universal rubber lid, which features a precisely cut hole for the circulator to fit through. Anova Nano owners don't really have an equivalent option, but can buy this dedicated sous-vide container with a built-in lid designed just for the Nano. Or, just get a generic silicone lid like these, and cut a hole yourself.

You've got a couple of options when it comes to vacuum sealing food for sous-vide. If you want the best possible results, it's worth investing in a vacuum sealer like this FoodSaver, which you should probably own anyway.

But if you don't have the space for a dedicated vacuum sealer, regular plastic freezer bags will work in a pinch using the displacement method. Just leave one corner of the bag unsealed after you add your food, and submerge the rest of the bag in the water bath. The pressure from the water will force out any air through the opening; just be sure to seal it up tight before you fully submerge it.

If you don't want to waste plastic bags every time you sous-vide, you can also invest in some Stasher reusable silicone bags, which also work via the same displacement method, and can be washed in a dishwasher and reused indefinitely.

It's important to keep your food completely submerged during sous-vide, so that it can be surrounded by water on all sides and cook evenly. If you find that your bags tend to bubble up to the surface, I've found that these magnetic chip clips work great for keeping them in place. Just clip them to the top of your sous-vide bag, and stick them on the inside of the pot far enough down to force your food back under water.

We'll just come out and say it: most foods look kind of gross and lifeless after coming out of a sous-vide bath. That chicken breast will be juicier than any piece of chicken you've ever experienced, and that steak will be cooked to Michelin star standards, but you probably won't want to eat them if they look all gray and slimy.

That's why most sous-vide recipes end with a quick sear. The goal here is to heat up the outside of your meal as quickly as possible in order to get some of that delicious char without transferring that heat to the inside of the meat.

Most of us will do this with a skillet over a hot burner--cast iron works really well--but no skillet will ever get as hot as a blow torch. I haven't used one myself, but sous-vide afficionados swear by the Bernzomatic TS8000, ideally paired with a SEARZALL attachment, to distribute the heat over a wider area. Plus, it's a great party trick.

That's...pretty much it! Getting into sous-vide is a relatively modest investment, and absolutely worth it if you're afraid of screwing up a $20 steak or a fancy swordfish fillet with traditional cooking methods. You can find a sous-vide recipe for pretty much anything you want to eat, and they're about as foolproof (and tasty) as home cooking can be.

All featured products and deals are selected independently and objectively by the author. Inboxlab may receive a share of sales via affiliate links in content.

How cilantro became the world's most polarizing herb

Why do you eat king cake on Mardi Gras?

What (and when) was the Iron Age? 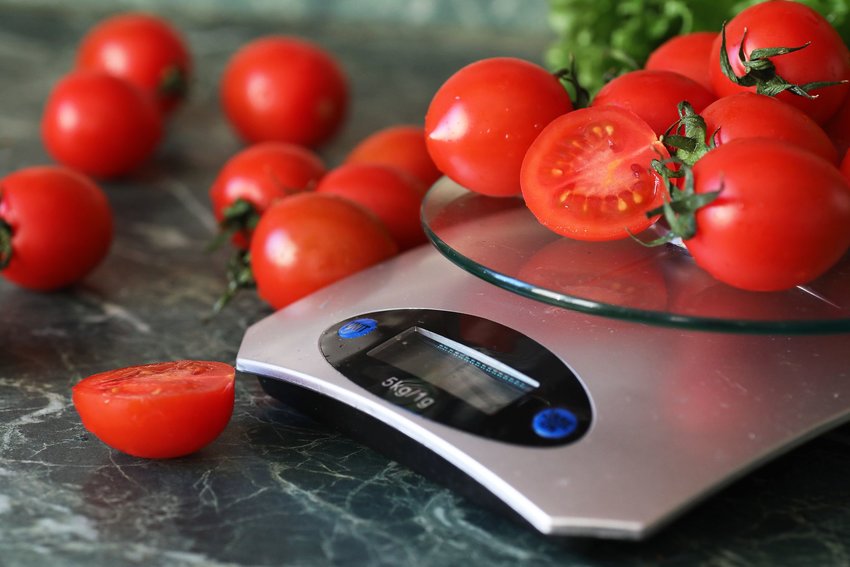 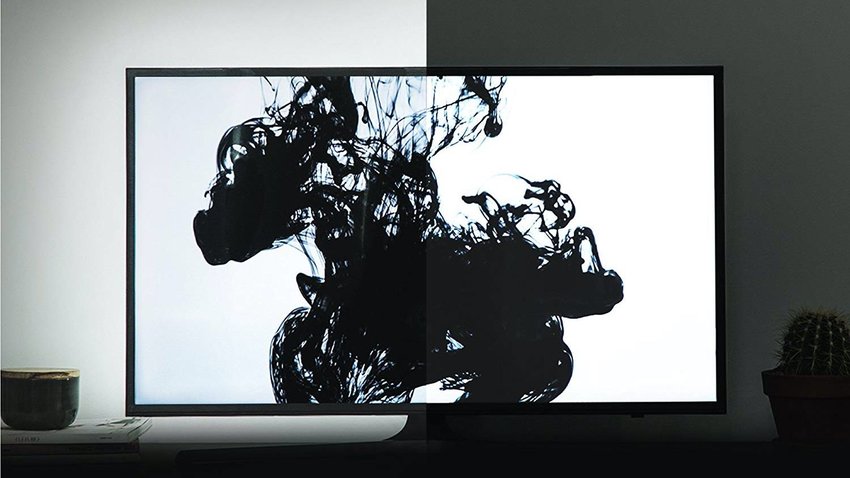 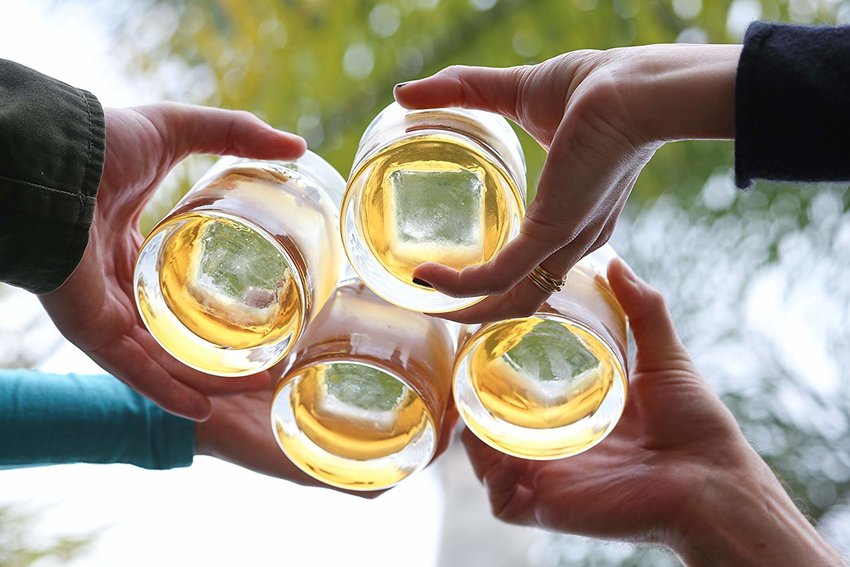 How do you make fancy, crystal-clear ice cubes?